The Enduring Appeal of the Original X-Men 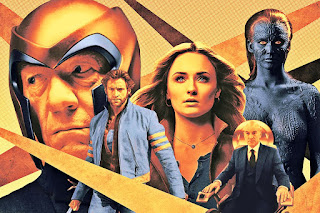 The Enduring Appeal of the Original X-Men

The Marvel Comics Group is the most significant funnies distributor of all. Supporting this monster are 'groups' of related comic books with inceptions originating from the mid-'60s, the Silver Age of funnies. On the off chance that you open any release of Previews magazine and peruse through the Marvel segment (this segment comes as a different 'free' backup to Previews), you will see a few related books that emphasis on Spider-Man or the Avengers or the X-Men.

I would derive that if you visited Marvel during the early or mid-'60s and revealed to them that the X-Men would turn into a significant foundation of their business, they most likely would not trust you. All things considered, the X-Men, so noticeable nowadays in print, computer games, and motion pictures was the loafer distribution of the Silver Age. Deals were grim to such an extent that the first X-Men pursue was even dropped issue no. 66! From point 67 to 93, Marvel distributed reprints of the most established problems.

1974 saw the production of the milestone Giant-Size X-Men no. 1, which presented the new group - the X-Men group that we know today, including whiz X-Man, Wolverine.

Shouldn't something be said about the old group? The first X-Men? Iceman, Beast, Angel, Jean Gray keep on being dynamic in the Marvel universe. Cyclops turned out to be a piece of the new group and leads the X-Men right up 'til today (around 2012).

The old stories, however, have to a great extent blurred to indefinite quality; in funnies fora on the web, when fans discuss the early X-Men issues, they, for the most part, allude to points 94 onwards. Now, its beneficial to take note of that the first X-Men encountered a restoration of sorts during the early issues of X-Factor and unbelievable author/craftsman John Byrne thought of an arrangement called X-Men: The Hidden Years that tells the story of the first X-Men from point 66, the last issue of the first run, to give 94, the primary concern of the new group.

As of late, I've had an event to peruse these early X-Men issues. The first issues are generally expensive uniquely issue 1; however, highly contrasting reprints can be had from the soft exchange cover Essential X-Men volume 1; completely hued assortments are likewise accessible as Marvel Masterworks.

The main thing I saw was the way basic the stories were contrasted with the present intricate, different issue storylines. It was invigorating, incredibly, to have the option to get one comic and sense that the innovative group behind it thought of it as essential to recount to the peruser a story without making it vital for the peruser to have perused the issue previously or the point after. The most extended story circular segment was issued 14 to 17, including the Sentinels yet. Still, at the end of the day, each issue on the curve contained a brief in-story summation of what occurred previously.

The entirety of the first X-Men had developed since those early issues when they were still young people, and some of them, similar to the Beast and Angel, have experienced emotional, physical changes. Be that as it may, in these pages, I saw the X-Men as they were initially considered. It is a good representative for Lee and Kirby, Thomas, and Gavin and the different creatives with them that I had the option to effectively change my observation from my present perspective to receiving Silver Age tropes. I had the opportunity to move toward these funnies remembering how a peruser in the '60s would possibly move toward them. The Silver Age denoted the arrival of the superhuman from a long hiatus spreading over the '50s; the last time hero funnies wherein such permeability was during the '40s. The perusers of 1963 and 1964 would have grabbed an X-Men comic and saw it with amazement. Envision that: a man with wings, another made of ice, the Beast scaling the side of a structure on colossal exposed feet, the in-vogue Marvel Girl with her telekinetics (alluded to as clairvoyance during the early issues), and best of all Cyclops with his high optic impacts.

It's a curious thing that a few components of the X-Men that I discovered exhausting become truly impressive when seen about these new issues. I've generally accepted that the Angel was pointless, for instance. His wings were excessively defenseless; he's nothing more except for a flying objective. Not so in these early issues, his speed and readiness in flight are praised here; the Angel is valuable to his partners in salvage circumstances, and how he is rendered by both Kirby and Gavin shows unmistakably how he appreciates flying. It may be that in the new X-Men gives an excessive amount of accentuation was given to unadulterated battling ability - a quality which the Angel, excluding his Archangel structure, was not especially great in. Another important notice is the Beast. Hank McCoy, in the social fabric, is superb to see contrasted with his later creature frames; he's insightful, exciting, and the bouncing Beast is a sturdy board visual.

I likewise note this is the weakest cycle of the X-Men - and that is not a put-down. Cyclops swoons on the off chance that he utilizes his visual impacts excessively. Jean Gray can just lift little articles. This is anything but an incredible group, which only indicates the tension of each issue since both the X-Men and the peruser knows about the group's constraints.
Posted by Shakir Hussain at 04:51